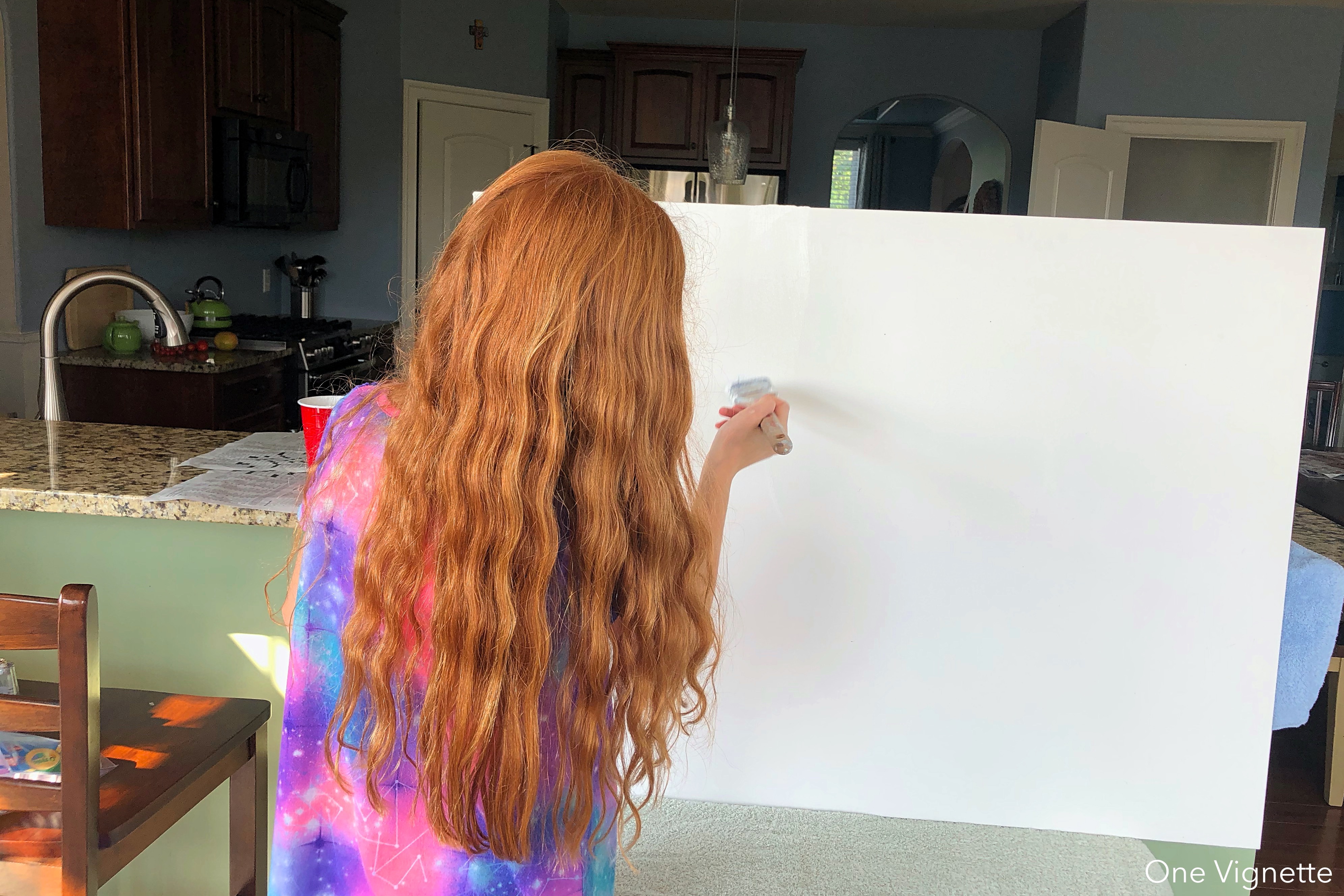 I’m sitting at a desk littered with paperwork. I see two planners here (why two?! We’re in a pandemic. WHAT AM I POSSIBLY PLANNING), plus an old grocery list and a messy meal-planning list I’d scratched out on the back of yet another grocery list. There’s the disclosure statement for my mother’s property, the paperwork for her car, photos of my kids and business cards I pulled out of the last purse she used before she became homebound. In the middle of the mess, at my right elbow as I type this, is forty-eight pages of the manuscript I was working on before the summer hit. I loved this story–when I sat down to write it’d fly from my fingers, and now it’s been so long since I stepped away from it I worry I’ve lost the thread. In Big Magic, Elizabeth Gilbert talks about a story idea being a real thing that tries to find its teller: if one person doesn’t pluck the story out of the air and set it to paper, someone else will. That image frightens me, because it’s something I’ve always sort of believed–if I don’t write this, someone else will. If I don’t get this down, it will leave me.

I know what you’re thinking. Writers are weird.

When I get anxious, or when the to-do tasks feel little but massive and many, I get scatter-brained. It’s like the light to my decision-making skills just flips off, and that part of my brain goes dark. I’ve always been this way. It makes me feel young–immature, I mean–and at sea. But I also know that if I just start–just take one bit at a time and get that done, then the dominoes will start to fall. I just have to sidestep the dark part of my brain and keep going despite how large it seems to loom. It’ll flip back on eventually, once I stop letting that dark part get in my way.

I know other people are like this, but nobody ever talks about it: this anxiety-like shutdown. The brain overwhelm. I’d love to know if other people I know are this way, but again, not many acquaintances are wont to walk up to you in the Target parking lot and say, “Hey! Good to see you! Have I ever told you how I shut down when I’m anxious? IT’S SO FUN.” I’ve got a good friend I admire because she just gets s*** done. I can’t explain it what it’s like to know her: there’s never been a to-do list I’ve witnessed her not power through. She’s a planner, and an executor. She’s so consistent. It’s humbling, especially during those days I feel all I’m super good at is staring out the window while I’m trying to figure out how to step around the big brain dark place and get to what I need to do next.

Bestselling author Sally Hepworth recently answered a question on Instagram about her writing schedule: she is the breadwinner of her family through her work writing novels, and is currently under pandemic lockdown in Australia with her husband and three school-aged children. Someone asked her how she worked, and she said that she can’t be like that mythical old man in a lake house sitting by himself with his whiskey, waiting for his muse to pay him a visit. She said that she’s a career novelist: she has to write every day, despite inspiration or motivation or creative impulse or any of that, because, well, it’s what she has to do. Bills need to be paid, so deadlines need to be met.

I wonder if she ever stares out the window, too.

I’m going to post this, and then I’m going to read through those forty-eight pages and start typing some new ones. It’s time. I’ve some calls to make later, some emails to return, but for now I’m going to dig into the work.

It just takes a push, you guys: I’ve relocated the thread to my story. Looks like the first domino is about to fall. 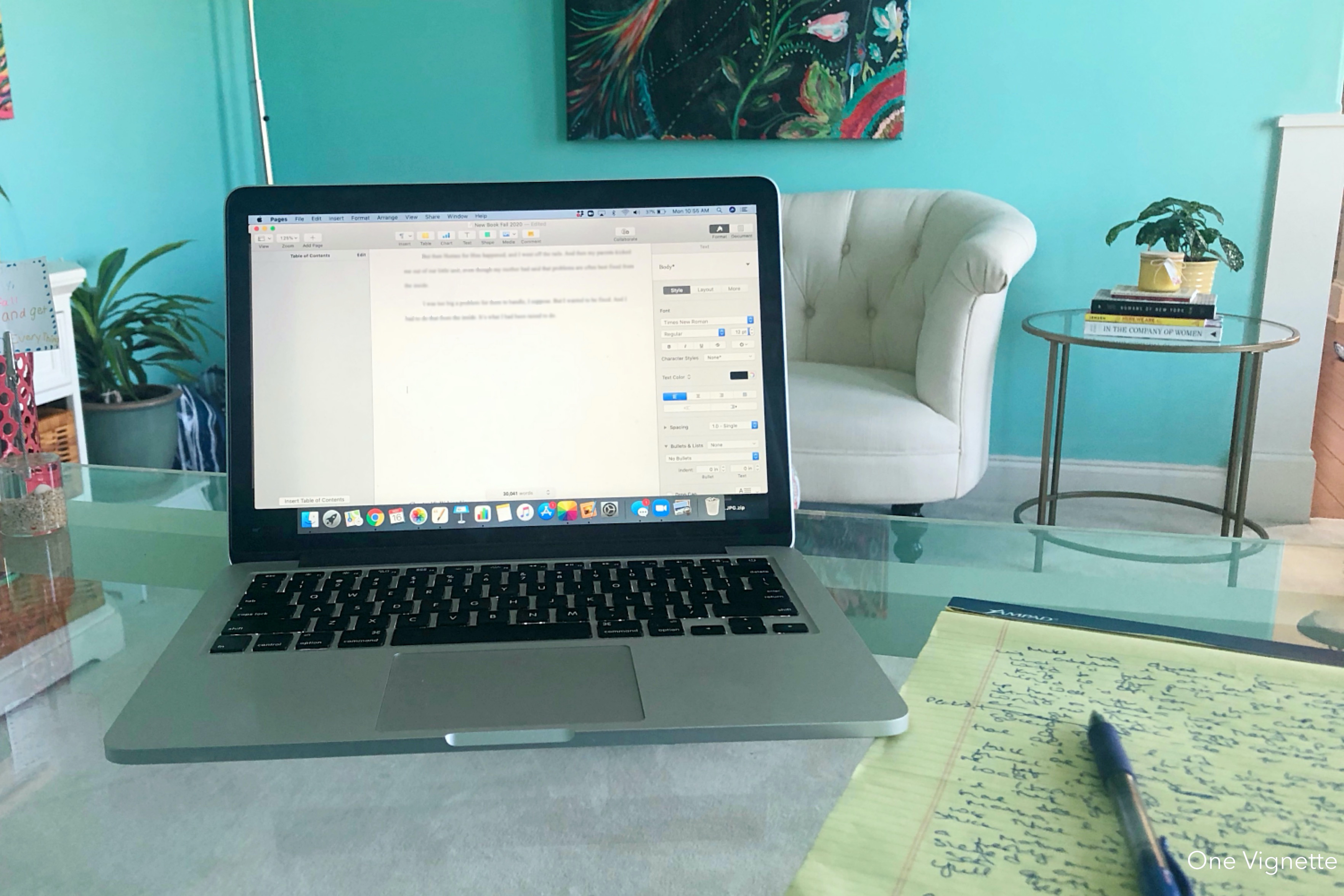 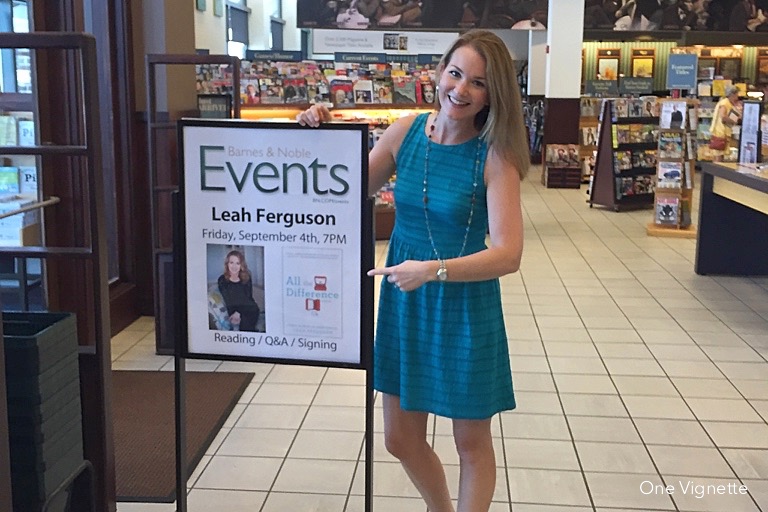 Any Excuse for Cake, I Tell You: It’s the Anniversary of ALL THE DIFFERENCE

Hi! Hi! Hi! It’s the fifth anniversary of the day my debut novel…