A Minute in the Life

My oldest daughter is screaming at her sister to clean up the playroom because I told them I was throwing out whatever hasn’t been put away.  That includes the cute little chairs for their table that have somehow ended up WWE-style across the room. I won’t do it, but you won’t tell them that.

The second-born is declaring that she’s tired, and from what I hear, has lay down in the middle of the floor and is sucking her thumb.  She ain’t budging.

There was a loud smack, and now they’re both crying.  Apparently somebody did budge.

Maybe I will be throwing some stuff away.

Cian is beside me, chewing on a Motor Trend insert, whining because he pooped his pants during his nap, wouldn’t go back to sleep, and has just realized that naps are awesome and it’s pretty crappy (ha) that he declined to take one.

I am sitting in the middle of the living room floor, laptop on my knees because I have a crapload of work–I mean, a to-do list longer than my exceptionally long minivan–to complete by, like, last Wednesday, and instead, I’m writing this. Yeah, electric bill, I’m looking at you.

Cian just shoved a fistful of dog hair in his mouth. Moving “vacuum floors” to the top of that list.

Second-born was sent to the girls’ room to “be punished.” She is most likely emptying Saoirse’s piggy bank into the bottom of the bucket used to store their stuffed animals.

Saoirse is quiet downstairs, which means she’s probably relocating those play chairs to the top of a trampoline.

Cian is kicking his legs, staring at me, scratching at my jeans, because yaaaaaayyy we’ve just reached the age where I am not allowed to move a foot away from him without him behaving like I’m ruining his life.

Forget sending the kids to Catholic school. We need to start saving that tuition money for therapy.

Mine, I mean, not theirs.

Cian rolls just a little away from me, and I look down to see him staring at me, his huge gummy grin taking up the whole of his precious face.

Quinn is fast asleep on her bed.

Saoirse is playing by herself, quiet.  She just asked me to play “Mommy” with her, and has an entire pretend picnic meal laid out for us.

The windows are open to the sounds of a mom calling to her child, and dogs barking. I can hear bugs in the trees and the breeze blowing through the shrubs in front of our porch.  As I finish this post, I see that it is well past the time I should be starting dinner. I don’t know what we’re having. I don’t feel like making it. But the house is quiet now, and dinner will happen when it happens tonight. Especially since David just called on his way home from work and offered to pick up some Thai food.

I think I’ll go spend time with my kids.  After I remove their chairs from the drywall, of course. 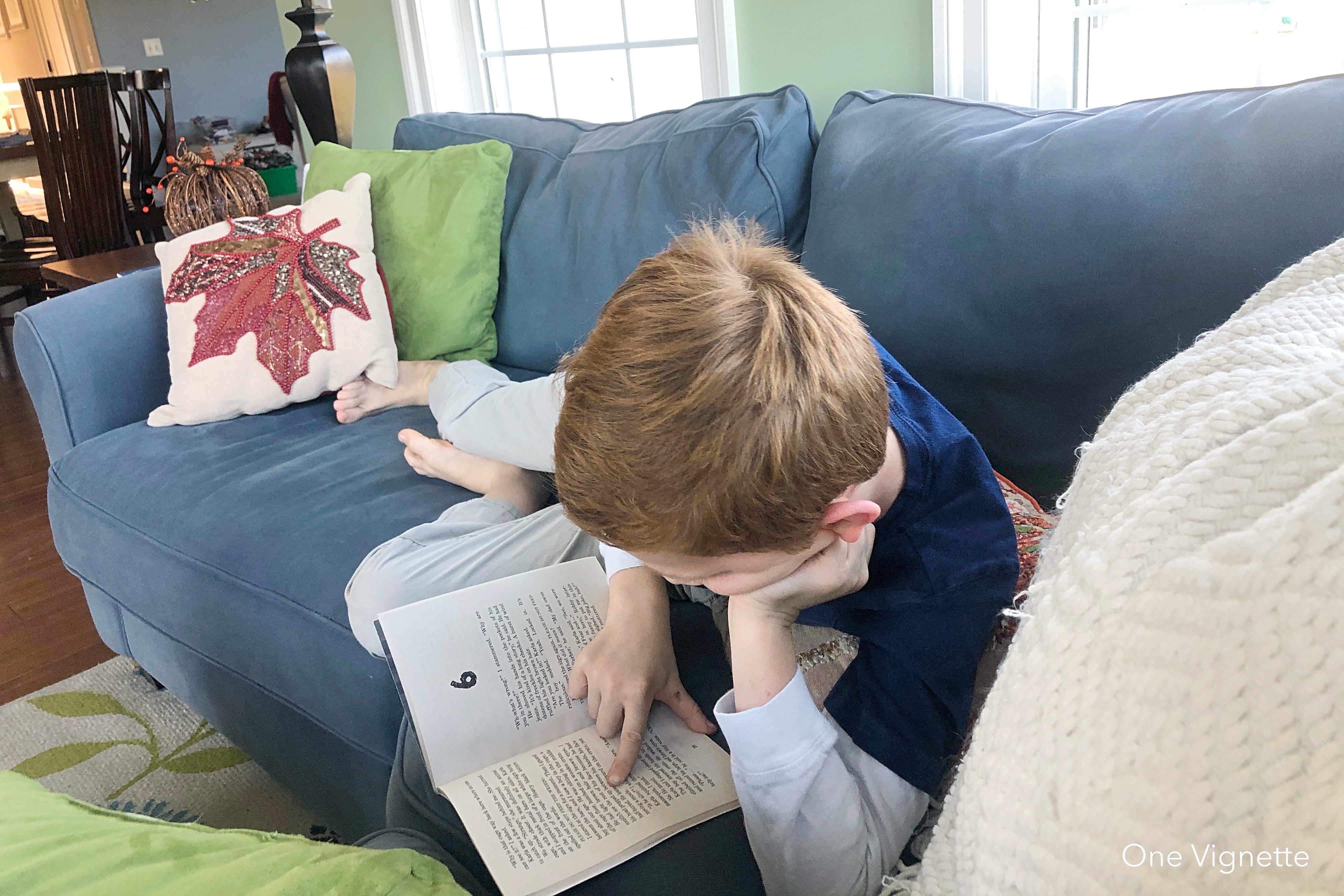