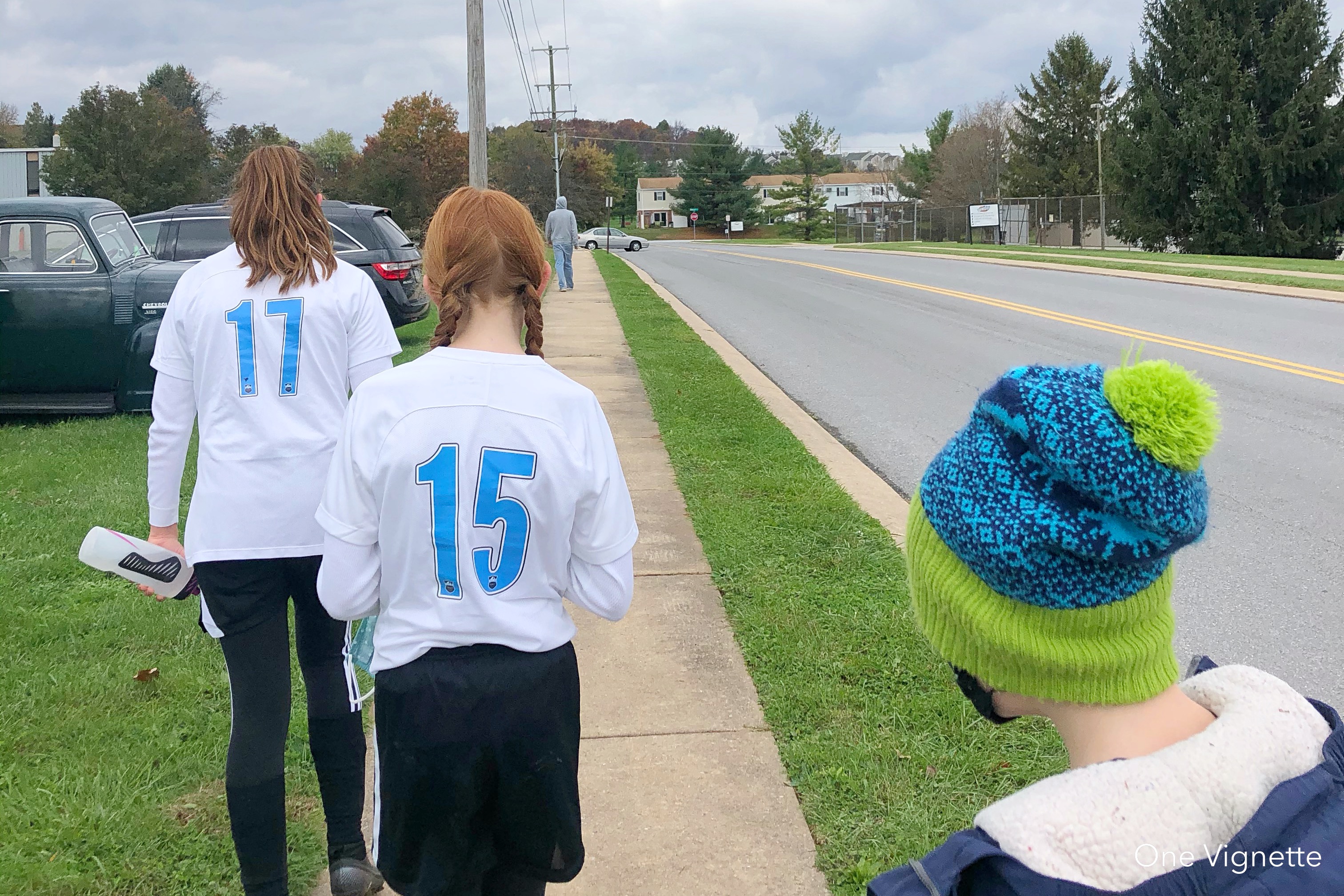 It’s 7:15 on Sunday morning. I’ve just sat down on the couch with a newspaper and the first, and therefore most precious, cup of coffee of the day. Cian’s already here in the living room playing, and he abandons his toys when I sit to climb up beside me and rest his head on my shoulder. He says good morning, and that’s where the expected slow start to my day goes into hyperdrive.

I’m still in my pajamas. I’ve had one–one!–sip from the hot mug of coffee I still hold in my hand. I am not ready for seven-year-old philosophy yet, but Cian’s thought process moves at a speed that requires the under-caffeinated to catch up. I think for a second. Take another sip.

“But, buddy,” I say, “think about this: the word ‘any’ can be all things. Like if we talk about ‘anyone,’ we’re really talking about all people. So what does that say about a word like ‘anything?'”

Fifteen minutes later, we’re still talking. My coffee is now lukewarm, still in my hand. I haven’t glanced at the paper.

“So, if ‘anything’ can be like ‘anyone,’ and ‘anyone’ can do things, then everybody has a chance?” Cian is saying. I nod. We keep talking.

Ten minutes later, he’s satisfied, and changes his conclusion: if anything is possible, then all things are possible. By this point, the rest of the family is moving around the house. David’s poured his coffee and is calling the dog downstairs to go out. We’re going to make crepes and bacon for breakfast, and watch “TV church,” and head up into the mountains to watch the girls play soccer in the afternoon. The girls have gotten to the paper, laying claim to the comics, and Cian has kissed me on the shoulder and gone back to play with his LEGOS.

I look down at my coffee. I’ve still got most of a cup, gone cold. I get up to head to the pot for more, and my head is foggy, more from the conversation than from the lack of caffeine.

I glance at my youngest child, the one whose healthy birth was a mini miracle, and at my beloved girls–one whose pregnancy we almost lost, and the other who came out hollering–talking on the couch while passing the paper back and forth. The dog comes bounding in from the garage, and my husband, the one I fell in love with on a whim, shakes off the sweatshirt he wore outside, telling me to look out the window at the way the sun is rising up over the trees.