Leah Reads: Such a Fun Age, by Kiley Reid 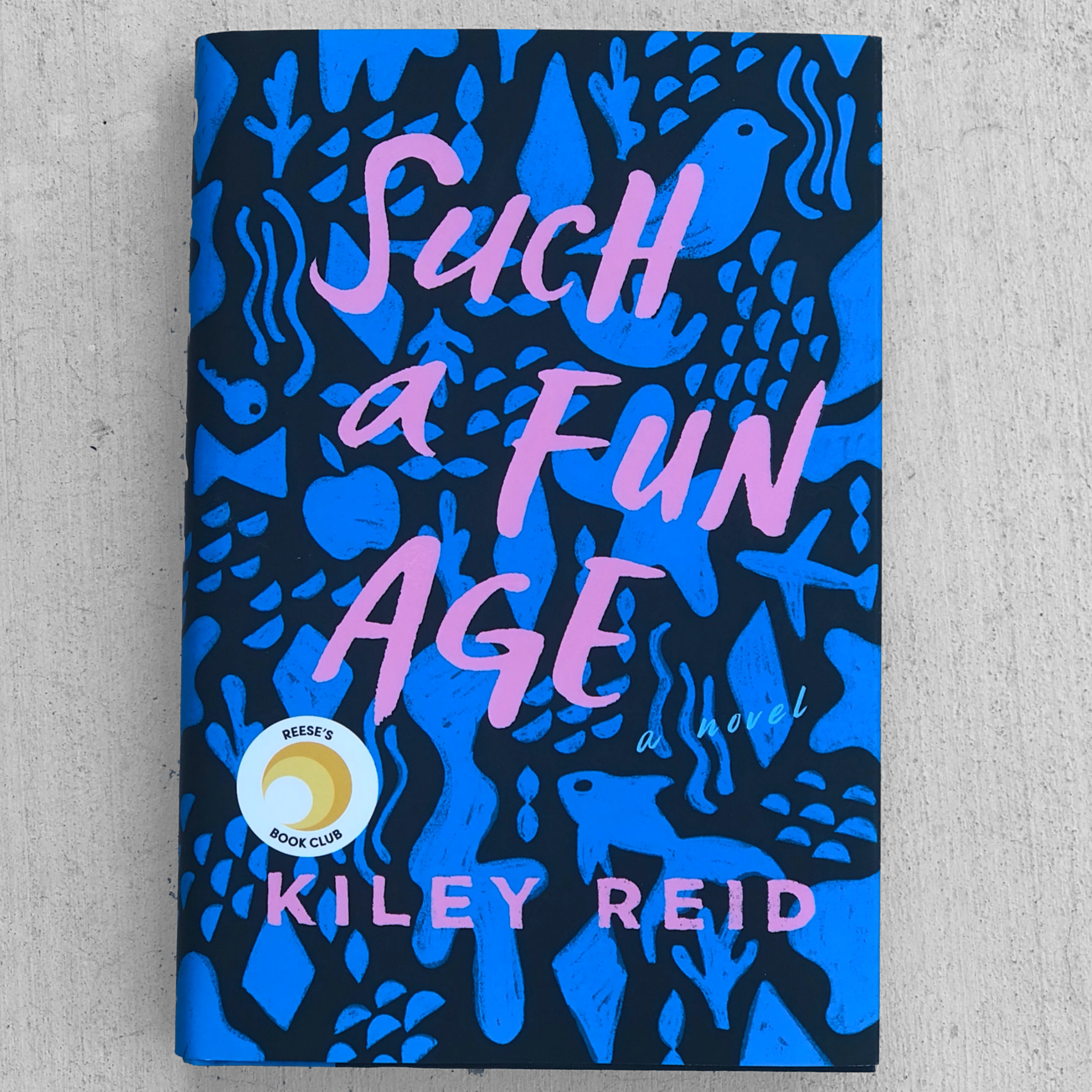 Such a Fun Age centers its story on a late evening in Philadelphia, when a young Black woman’s boss calls her in a last-minute emergency to babysit her young daughter. Emira, the babysitter, is asked to take the toddler to the neighborhood’s upscale grocery market, where she is accused of kidnapping the white child. The story spirals from there: Emira’s acceptance of, then resistance against, the societal expectations that had immediately deemed her guilty, her boss’s over-the-top obsession with proving herself a nonracist, all set against the backdrop of Instagram culture and coming-of-age adulthood.

This novel is different than anything I’ve read–that’s a good thing–in that it’s very rare one reads a book where she’s not quite sure how to feel about the villain character: Do I like her? the reader thinks. Is it okay if I like her? Such a Fun Age is Kiley Reid’s debut novel, and she writes her characters with such a gentle pen that it’s not until I was halfway through the book that I figured out who the antagonist really was–and it’s only then, once you’ve softened yourself to the character, that you realize how insidious and manipulative our societal structures have shaped our viewpoints.

Such a Fun Age is a novel about race, and class, and privilege. It tells a story of the place of entitlement, ambition, and capitalism in modern American culture. The reader will like Alix well enough until she really, really doesn’t. She will develop very certain opinions of Alix’s group of friends. The reader will also fall in love hard with Emira, the main character, and her young charge, Blair, and see the child–as well as our methods modern parenting–through her kindhearted babysitter’s clear eyes.

Reid sends her reader a multi-layered message with both craft and heart. If this is what she can do with a first book, I look forward to seeing what she gives us next.

Leah Reads: Between the World and Me, by Ta-Nehisi Coates

I looked it up on a map. I lived two miles from where the author…