A Little Psychological Sewing, if You Will 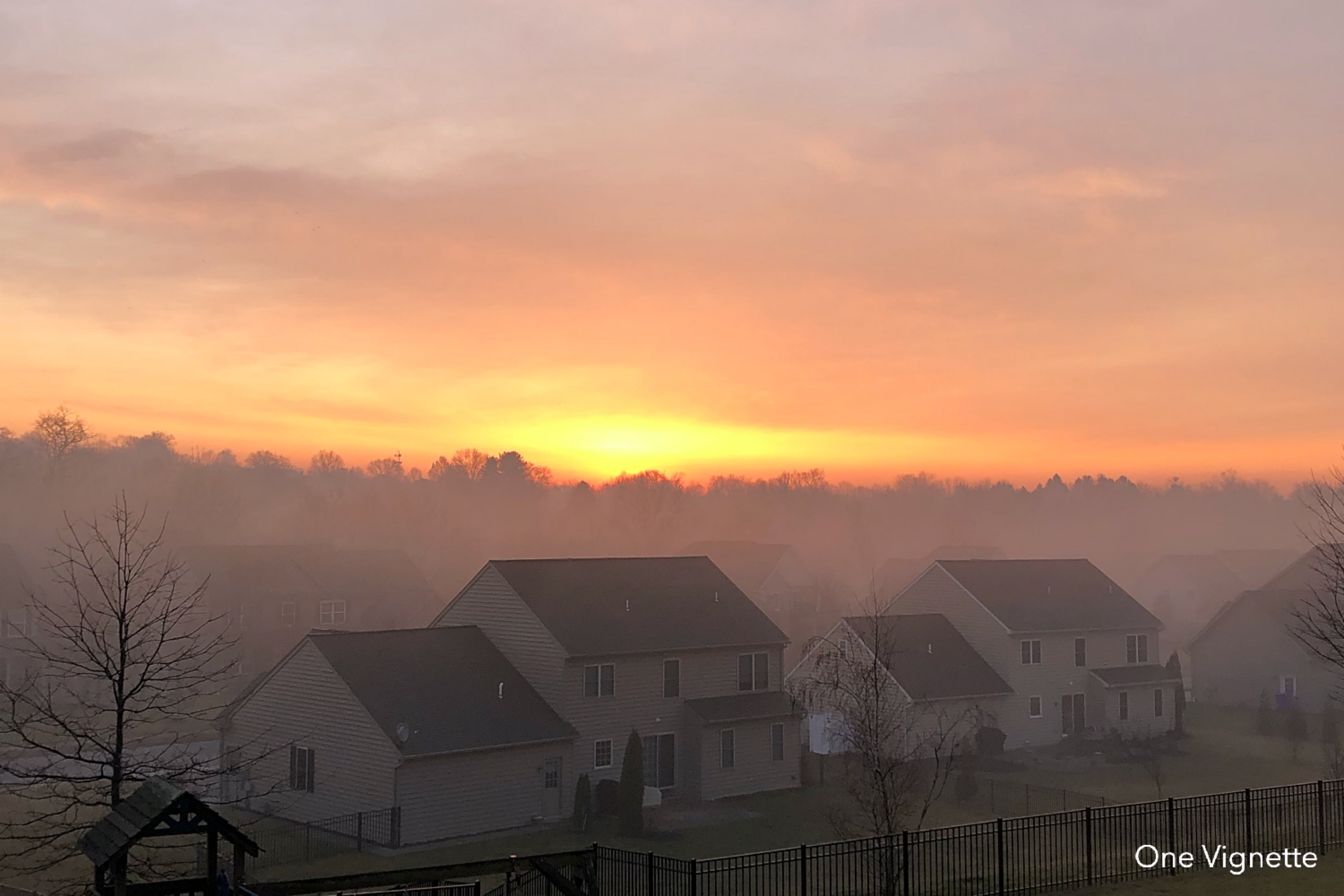 I thought maybe I should spare you an update this week, because I’m in a crappy, crappy mood (a friend asked Sunday how Mom was doing, and do you know what I said? “Oh, she’s totally dying.” The poor guy looked like I’d slapped him in the face). Mom has been declining again–no sooner did we pull her off hospice than she started acting like, well, maybe that wasn’t the best idea. She’s grown progressively weaker, and has become just sort of older-seeming. (This cancer of Mom’s likes to keep us on our toes, but I much prefer the happier surprises, you know?)

On Saturday, David and I had made plans to take the kids to see Mom in the afternoon and have a movie day. The kids were excited–they’d settled on Jumanji, because “cake makes me explode!”–and Mom had been looking forward to it. We went tumbling into her house around 2:15, a big bowl of freshly-popped buttered popcorn in hand, but Mom was nowhere to be seen. The house was quiet, and I could see a tray with an empty coffee cup and bowl sitting on the counter in the kitchen, so I knew she was alive (you’d have wondered the same thing). I found Mom upstairs–she hadn’t yet made it out of bed, though she was dressed, and her caregiver was with her. Mom was propped awkwardly on her pillows because she couldn’t support her weight, but her feet were on the floor. Her hair was a mess, and her eyes were barely opening, but she was chatting with Mary on the phone and laughing at the expression on my face. She couldn’t understand why I was so alarmed. Her caregiver, a kind woman who fills in on some weekends, was clearly overwhelmed–she hadn’t known what to do with her. The children, who’d come up to say hello and give her a hug, were shocked. I’ll never forget the look on Quinlan’s face–I’d forgotten that they’ve only seen Mom sitting up and ready for them.

It turned into the strangest afternoon. Another caregiver, one of our most trusted ones, came in to start her shift, which I’m not ashamed to admit was a massive relief (David and I were struggling to get Mom toward the bathroom at that point–he was afraid of hurting her and I just didn’t know how to maneuver her well enough. Mom’s usual caregiver came in and in two seconds managed to complete what we couldn’t in 20 minutes). We took turns hanging out upstairs with Mom as she tried to muster the strength to come downstairs, until we all finally gave up and wheeled her into my tiny old bedroom around 5 p.m., where she could watch the small TV she keeps in there. The kids looked at me and whispered: “Does this mean we’re not having a movie day?” Instead, David got take-out and we all crammed into the room with her to have a picnic in front of HGTV–it was Love it or List It, and for once, we all liked the couple’s old house better. Mom’s caregiver curled up on the daybed to chat while the kids and I wedged in beside each other on the floor (prayers may have been said that Quinn and Cian didn’t start throwing elbows), and David retreated back to the living room to give us a bit of space. Mom was in great spirits, considering the circumstances. The rest of us pretended to be.

It will surprise no one to hear me admit that things have fallen apart. We got an email from Quinn’s teacher that even though she’s been pulling in great grades, she’s become more disorganized, and more easily distracted. We’ve had issues with Saoirse very recently–some sneakiness, some attitude–that would seem characteristic for any 12-year-old except that they aren’t characteristic for her. The little ones have been struggling with sleep again, and have nightmares when they do. Quinlan’s nervous stomach pains are back. When we sat down with Saoirse last night to talk with her about her behavior, she broke into tears: it’s Grammy, she said. “I’m so nervous about Grammy.” And then David and I were on the couch with our arms wrapped around her wondering how the heck we’re supposed to take away the pain of a grieving child when we can’t handle it ourselves.

I’ve told David that I think I hit the emotional wall in December. We’ve been running and running headlong through this with my mom, and I just…hit the wall. I don’t know how to explain what that means other than, I suppose, I’m exhausted. I spent the first 14 months after Mom’s diagnosis struggling with the fear of losing her, and the worry about those sudden phone calls, and trying to manage All the Things–the kids, the mom, the paperwork, the phone calls, the bills, the scheduling–but with that horrid panic that ran through it all. All of those Things are still there, of course, but now it’s followed not by panic, but by the fatigue that comes with knowing what is inevitably coming soon: we’re here. We’re nearing the end of the road, and I’ve resorted to snarky comments to well-meaning friends. Because now I’m turning to my aunt, who is struggling with all of this, too, and David, with whom this marriage has seen much better years than the past one, and to our poor kids, and I’m realizing how this watershed has taken out more than just me. Saoirse isn’t just handling fear and grief: she’s struggling with the lack of routine, the tension that builds and breaks in the house, the constant sense that everyone is on edge. Her life, too, got flipped upside down in 2018: her mom is away from home a lot, there were no more vacations, no planning ahead, and her dad is stressed out. And it’s easy for David and me not to notice it because she’s a kid who tucks it all inside and, as the first-born, is trying to keep things perfect so everyone stays happy.

This is all kind of like an earthquake, maybe: the house has stopped shaking, but a lot of stuff is still falling off the walls.

David and I sat beside Saoirse on the couch last night, our arms wrapped around her. I asked her: “With Grammy, are you scared about how it’s going to happen, or sad that it’s happening, or all of the above?” Saoirse had her head tucked into my chest, and I felt it nod. “Yes,” she said. David looked at me over the top of her head, and I saw what he wasn’t saying: a) this is the hardest parenting thing we’ve had to do so far, and b) we’ve got to do a better job of it. So add that to All the Things: helping your own parent die in a way that’s graceful enough to make sure your kid knows that, no matter what, she is still safe and loved and that her family will be okay through all of it.

Man, this is hard.

Paul and Sarah come in later this week to be with Mom for a couple days, which will be a wonderful. Mom has a big scan tomorrow with a follow-up with her neuro-oncologist right afterward. I can’t imagine we’re not going to reevaluate Mom’s Avastin treatment–the cancer center is refusing to give her another infusion unless she gets surgery to get a port (her veins are too weak for an IV), and we need a hospital bed back in the house immediately, which can’t happen easily without hospice in place–but I’m certainly not going to volunteer that she stop it. Because as much as I’ll say that I think we’re almost there, Mom has surprised us before.

I told you she keeps us on our toes.

I’ll keep you posted, friends. David and I took a break yesterday from work (him) and Mom-related phone calls and emails (me) to take a walk with the dog, and we found ourselves, as we often do on these walks, making daydreamy plans about the future. It seemed almost like a reckless act in the face of what we’re living in right now, but the sun was shining, and the air was warm, and Mary and Tim were with Mom, feeding her homemade cookies and trimming her hair and keeping her company. Things may fall apart, but I think we also find a way to stitch them back together, as best we can.

My hope is that our kids will grow to realize this, too. That Saoirse and Quinlan and Cian will know: even in loss, the family left behind will be okay, together. And even when the stuff is falling off the walls?

10 Survival Tips for the Caregiver (So to Speak)

Oh, hey, hi! How are you? It is weirdly warm and rainy here in our…

This is the Closest I Get to Writing a Condensed Version

You guys, it’s been one roller coaster of a few days concerning my…