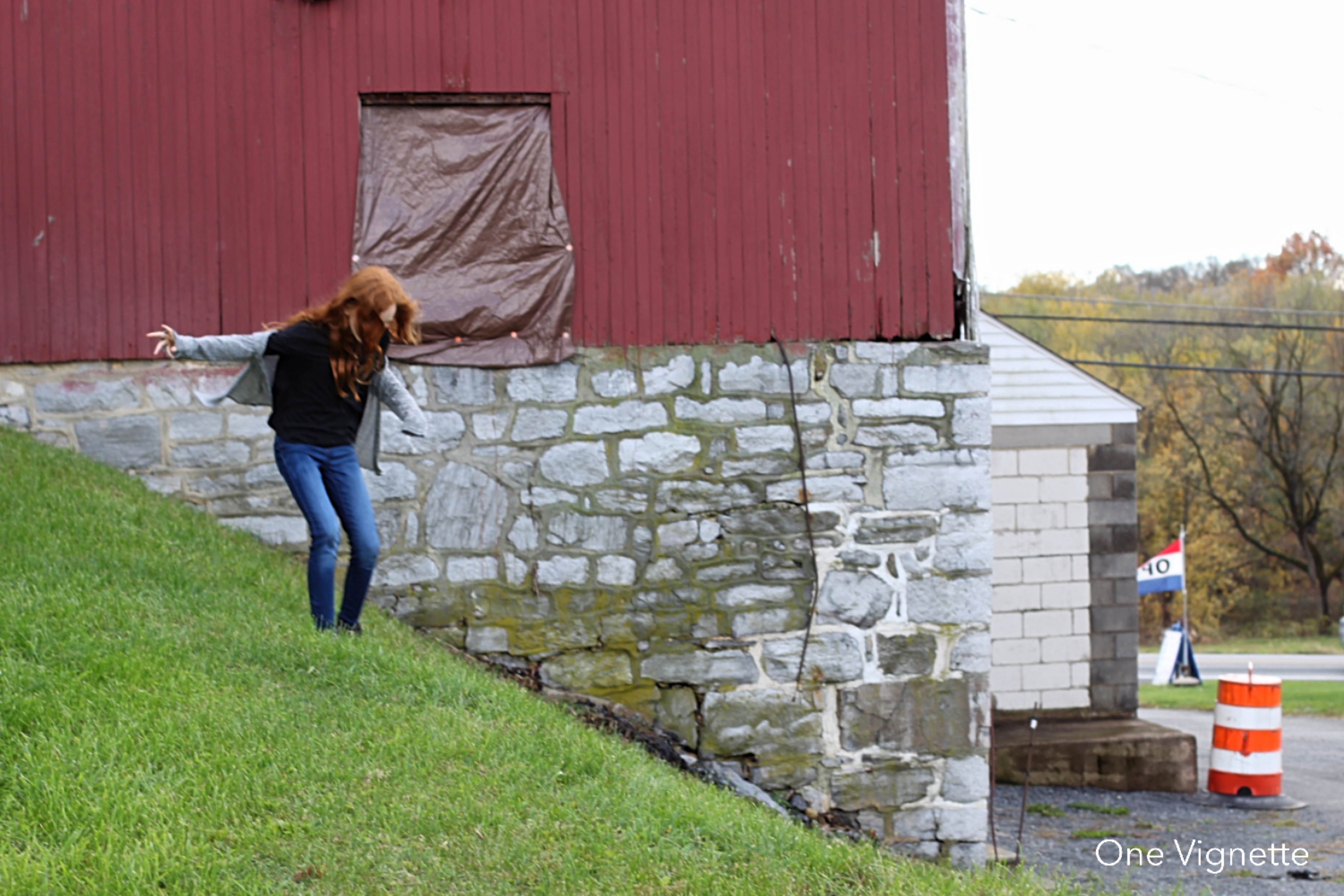 I was on the phone with my mom the other day, laughing about my parenting skills while David was away for work.

“I’m really good, Mom,” I told her, “really patient and calm, right up until about six o’clock.”

She laughed, because she remembers.

“But after six?” I continued. “Nope, I’m done. That’s when the shutters get closed on my brain and the patience goes out the window.”

My mom was listening to me. Sometimes she pays only half a bit of attention to me, especially when the TV is on in front of her (sixteen months into brain cancer, and she can still tell me everything going on in the news), or her caregiver is in the room, or when she’s simply tired or extra-weak that day. But that afternoon, she was listening, and talking, and it almost felt like old times.

“Well,” Mom said. “It takes a lot of patience to have patience!”

When I started to write this update last week, my post was a bit different than it is today. I was going to tell you what I tell everyone who asks: she’s hanging in there. (One acquaintance looked at me straight on after I told her this last month and went, “So, it sucks.” I almost cried. Because yes, yes. It sucks.)

What “hanging in there” meant is that, according to her December scans, her cancer had come back and was slowly spreading, but it wasn’t necessarily bad news, because she was physically holding steady and doing fine, and yay, isn’t that good news? Mom, her neuro-oncologist said, just needs to exercise more. That would help her. He told me afterward, in private, that her decline will be a gradual process–we won’t walk into his office one day after a scan and find that the cancer is everywhere.

Mom’s Christmas was so much better than last year’s, when she was at the very end of her six-week daily radiation/weekly chemo treatment and felt absolutely exhausted. Last year, all she did was lie on my couch and stare at the TV most of the day. We tiptoed around her, thinking it was the last time we’d have her at Christmas. This year, she sat in the very same spot, and needed a wheelchair to get from the front door to the living room, but she drank mimosas and giggled at the TV and ate (a little bit, mind you, and mostly cookies), and–most importantly–she was able to hang out and talk and laugh. It felt special. And she had a strong couple of weeks with us: we travelled with her to Maryland to see her siblings and their families, she went to dinner and Christmas Eve mass with us and my brother and sister-in-law, we took her and the kids to the movies (Frozen 2, because she had “no desire” to see Star Wars, and after Frozen said that maybe Little Women might be more her speed), and we took her out to lunch to help Cian celebrate his seventh (seventh!) birthday. She drank a margarita and ate most of an enchilada, and was more present for the day than she’d been in a long time. She did well, considering. It was wonderful. I found myself logging every moment in my little brain filing cabinet, because, well. Things have shifted.

David, the kids, and I snuck away (it feels like snuck away, anyway, because we haven’t done this sort of thing since Mom got sick) after the New Year because Santa dropped off some tickets for us to see the Notre Dame women’s basketball team play at Pitt (Santa just knows his audience, doesn’t he?). Tickets were five bucks a pop and David had points for a free hotel room, so off we went to Pittsburgh for the night. We had dinner at Southern Tier Brewing down by the stadiums, and ran into friends at the game. Notre Dame beat Pitt, and the kids got to meet the players afterward and get their autographs, and I do believe that’s the first time I’ve ever seen my girls starstruck.

(“MOM.” At one point Saoirse was staring at Mikayla Vaughn, who was dribbling down the court. Saoirse leaned over to me. “I want to be THAT tall when I grow up.”

The kids were over the moon that we stayed in a Marriott (“A HOTEL! It has a BREAKFAST!”), and the next day we were at the Carnegie Museum of Natural History by 10 a.m. to ogle dinosaur bones and the sparkly mineral/gem collection. By lunchtime, we were all famished, I suggested noodles, and a quick Google search led us to the best meal we’ve had in ages at a Tiawenese restaurant in Squirrel Hill. It was an incredible 36 hours. It was special. It was us. And then it was over.

After Christmas, Mom started to have more difficulty waking in the morning, sleeping till about eleven o’clock or so, and she would head up to bed around nine or nine-thirty at night. That has progressed, and now she sleeps until twelve-thirty or even two p.m., and even then has to force herself to start the day. Last night she started up to bed at eight. Her body is so weak that she can’t walk a yard (with a walker and her caregiver) without sitting down. It takes her about an hour and a half to get from her bed to her chair in the living room each day. Her appetite, which was always small, has dwindled further: a protein shake, some Cream of Wheat for breakfast (er, lunch), maybe peanut butter on a slice of bread for dinner, and if we’re lucky, a lemon cupcake my Aunt Mary brings her. Sometimes, she’ll eat more (she had a bacon and scrambled eggs and toast the other night for dinner and it was the best news I’d gotten in weeks), other days less. We still try to bring her meals–chicken noodle soup, a homemade waffle–but they go uneaten.

Mom gets confused and more fatigued as the day goes on. She forgets things: how many children I have. Quinlan’s name. She asked me if her nephew, who’s married with three children, lives alone. I took the girls to see her yesterday, and they were quiet when we left. They told me that they used to be able to talk with Grammy like they talk to me, and now, she doesn’t speak to them at all.

It’s so strange. And frankly, it’s lonely. I’m sad a lot, and grumpy, and a little lost. From what Mom has told me, it’s kind of how she’s feeling, too.

I broke down to David on Saturday. Mom’s caregivers had called to let me know that her legs kept giving out from underneath her. It was snowing and sleeting outside, but all I wanted was to go down to her house and see her myself. He asked me what I had expected to happen as time went on, and I told him: not this. I never expected her body to give out before her brain. I say this full well knowing that her brain is what controls her body, and that I should not actually be surprised, but I don’t know. I think I expected her to go crazy, or go blank, or something else equally horrible first. To watch her be cognizant and aware of her body shutting down breaks my heart. And I can’t put her back together.

Mom has a new scan scheduled for tomorrow, followed by an appointment with her neuro-oncology team. I’ve spoken with them a couple times leading into this. It could be–what we’re all anticipating–the tumor causing this decline. It could also be her body just too full of medications and chemo toxins to deal. It could be lack of nutrition and exercise. It could be depression. This could just be the new normal, but one we’ll be able to ride out for a good length of time. Or it could be, well, a sign of what we fear.

I have never actually wished for someone to have depression before this moment.

When David asked me what I expected, I think he was looking for pragmatism, but my answer is–and has been– purely emotional. To be honest, I didn’t expect to still have Mom with us at this point, so now that I have it, and now that I’ve gotten used to being happily surprised at each appointment, I want to keep that going. She’s been so weak for so long I think it’s her sheer determination and stubbornness that have kept her body working as it does. But she, too, is dreading this appointment tomorrow. She doesn’t want to know what it might tell her.

I’m certainly not ready to not have my mom.

The road ahead of my mom–of me–is one I dread walking. But then I recognize that we’re already on it (which is probably why I’m so tired?). What do I expect? A lot of bad things, quite honestly. A crap-ton of sadness. An overwhelming wave of new responsibility when I’m already struggling to manage the one I’m already on. I can’t tell you there’s a whole lot to look forward to. It’s a lonely feeling.

But that’s where we are now. Tomorrow we’ll hope that Mom can get up and out of the house, that the appointments will give us some answers, and that we’ll have, maybe, a better idea of how much road we have still ahead of us.