Almost a Year After Mom’s Diagnosis, We Find Ourselves Back at the Beginning 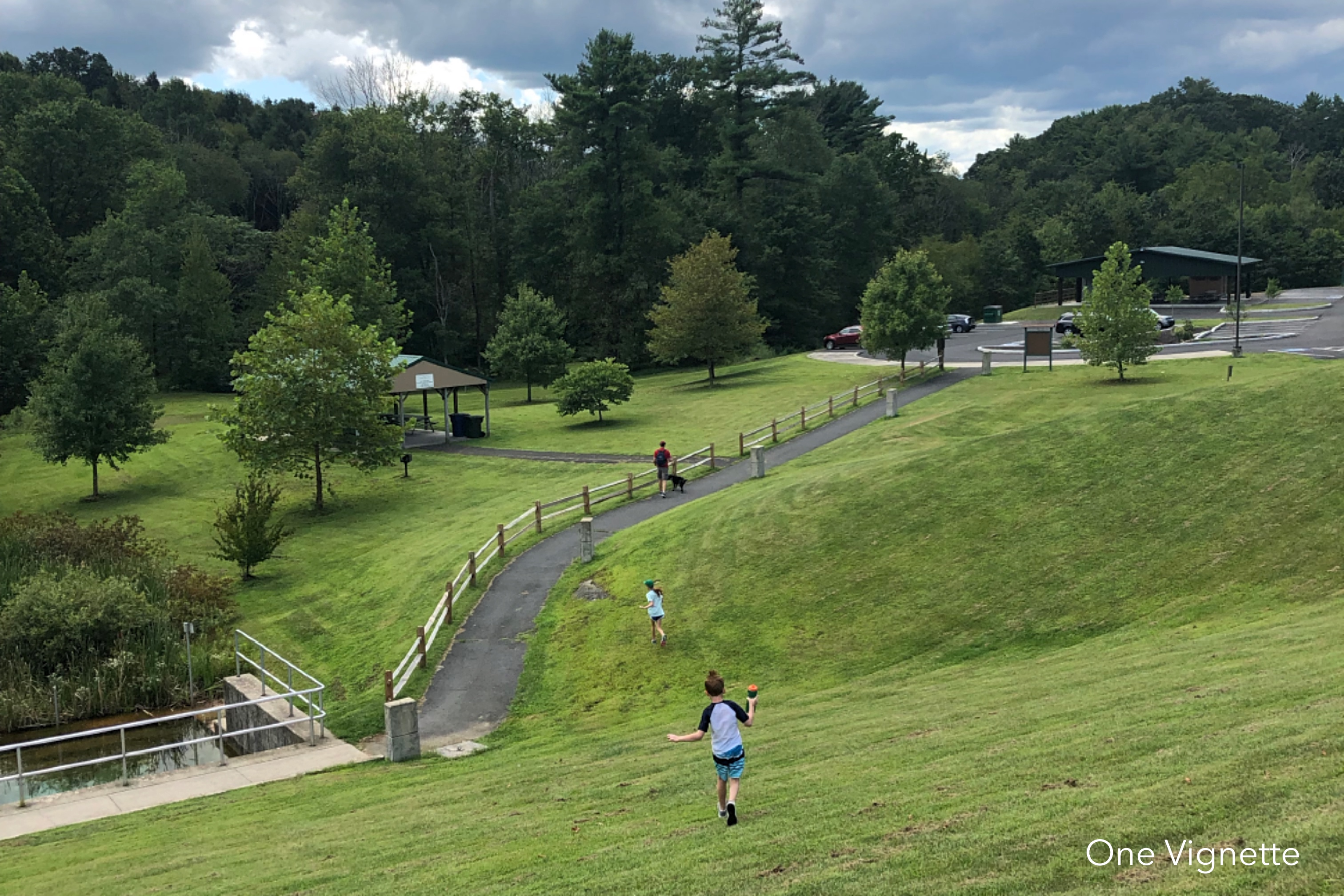 Hi, everybody. Are you good? Did you have a nice summer? Or have you forgotten summer now that most schools are in session so you’re busy pulling out the sweaters and warm boots because YAY I DON’T HAVE TO SUNSCREEN THE CHILDREN ALL THE TIME NOW?

I hear you. I mean, I’m not in a hurry, or anything. But the mornings are now quiet without the singsong of our neighborhood birds. The light is different–almost flatter, if that makes sense–and the air outside seems subdued. The season is changing over, quieting down. And I think I’m happy with that–I love autumn–even if, in my world right now, a quiet season doesn’t always mean a quiet life.

I owe you an update on my mom. I’ll post something more detailed soon, but in a nutshell, she’s beaten her prognosis (we’re now almost a year out from her diagnosis), has completed treatment (other than a twice-monthly chemo infusion to keep her brain swelling in check), and is working to get her muscles stronger so she can walk unassisted. The children are spending a ton of time with her, and readily admit they’re trying to soak up as much of it as they can. They are sad. They ask a lot of questions. Nobody really knows what happens next except for what we’re afraid will happen next.

We had a beautiful weekend around here last Saturday. It was supposed to be a day at home for chores, but David and I procrastinated on that silly notion (which, if you’re a grown-up, know it just means we paid for it with the avalanche of overwhelm that followed. But cheers to poorly scheduled family time anyway!) and decided to take the kids for a hike. After a change of plans when I realized the hike we really wanted to take was three hours away, followed by a car-in-the-driveway impromptu planning session courtesy of Google Maps, we ended up at a place called Waterfall Trail.

The name makes you think the trail leads to a waterfall, right? Like, that it’ll be a slow build-up to a beautiful sight that makes the exertion worth all the effort? Let me just tell you: this trail needs a lesson in tension-building for good storytelling, because here’s what happened: we parked, walked along a short pathway from the parking lot, crossed a bridge, and lo and behold, there was the waterfall. (It was a tough hike. Two hundred yards long!) We made the most of it–walked past that waterfall (because we were hiking, dammit, whether we liked it or not. I turn into Clark Griswold sometimes) and burrowed deeper through the woods on vague trails while the middle child declared repeatedly that a walk without a body of water as the destination is a pointless walk indeed and the older child squealed at bugs and branches and darkness and smells and the terrible reality of being on a hike with just her annoying family. The youngest, meanwhile, didn’t stop grinning, once exclaimed that “This is the best day EVER!” and chattered the whole time about bears and dinosaurs and that muddy patch and that rock and “Mom, I really have to go to the bafroom–can I pee on those leaves over there?”

We climbed rocks and slid down hills. I fielded complaints that I’d only brought nuts and dried fruit for them to eat instead of Jersey Mike’s subs. The kids splashed in the creek and the dog lay down for a nap (also in the creek I don’t understand). Cian built a dam and Quinlan found a crayfish and Saoirse came over after a while to sit next to me and chat. I got an apology and a hug from the oldest for complaining, and the middle told me this wasn’t really the best day ever but the water wasn’t so bad, and the youngest asked when we could come back again.

Sunday, I drove down to my mother’s house in the morning to pick her up, then brought her back to our church to meet up with David and the kids for Mass. We’ve been doing this most of the summer as she’s gathered strength. I wheel her in and we sit in the very front pew (which means no napping during the homily I have turned into the best Catholic EVER), and go to brunch afterward. The girls usually join us for the trip back to Mom’s house after that, and we hang out for a bit–talk, catch up with Mom’s caregiver, watch a little TV–before heading home for our own Sunday night routine. Every time we leave, the children tell me how much fun they had, and thank me for “letting” them go see her. This past Sunday, I told the girls that I love that they say that–and said something to the effect that it makes me happy they enjoy being with her even if she can’t do as much as she used to with them. Quinlan said, “Well, just because she’s sick, it doesn’t mean we love her any less, right?”

This has been a summer of back-and-forth, of climbing rocks and sliding down hills. While we can take a good guess about what lies around the bend, right now we just have to keep walking. Last Saturday, one of the trails we took abruptly ended in a snarl of weeds and overgrown brush, so we had to turn around and find another way. One child wanted to find the water, another just wanted lunch, and the other was content to lead the way into the unknown. I feel like Child #1 and #2 most of the time–just let me sit and rest and know it’ll all be pretty in the end already–but I want to be like Child #3. I want to be content enough with the walk, and to trust I’ve got good company along the way.

Just because she’s sick doesn’t mean we love her any less. For me, it’s not knowing where we’re going that’s the tricky part.