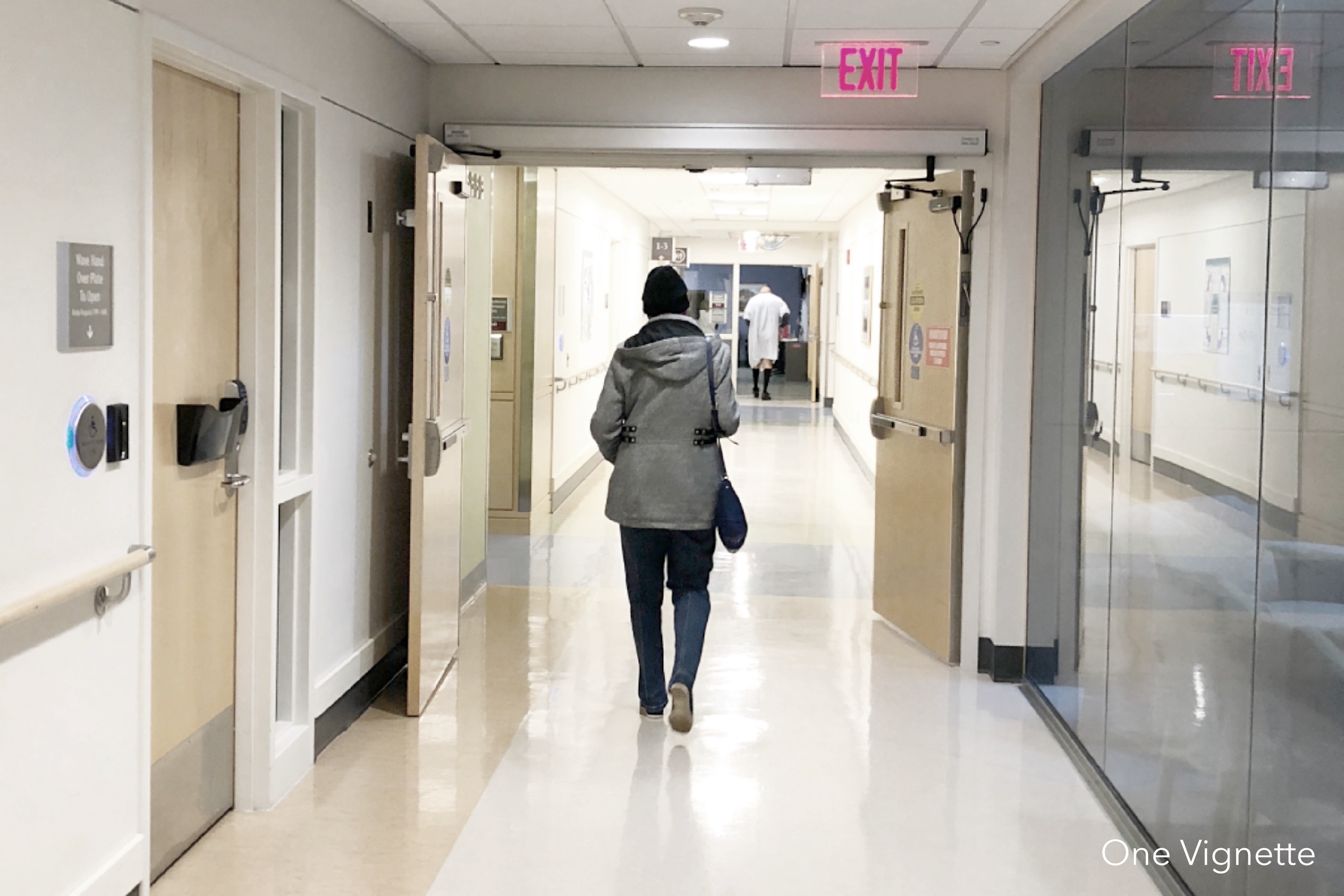 A few weeks ago I dreamt my mom and I were sitting down to dinner in a lovely, cavernous restaurant. Our table was a two-top beside a far wall. The room was decorated in a mustard-beige hue, and there seemed to be an auditorium stage on the opposite side from us. The wall I faced, across the expanse of the restaurant, was not a wall at all, but made up of huge, large-paned glass windows that gave us a view of the dark world outside. I can’t tell you what was behind me, the space that my mom faced: in my memory, it was just gray, blank–a vacuum. I do remember rising from my seat to wave at a family I knew from school as they entered the room and sat down. They didn’t see me, though. The diners, including my mom and me, were very quiet, subdued. We were in a room full of people but it felt like we were wearing noise-cancelling headphones. Mom that night looked like the Suzie most of you know: blonde bob, bright blue eyes, wearing blue jeans with blue shoes and a top bursting with color.

In my dream, we hadn’t even taken a bite of the food in front of us (a starter salad, I think) when the lights above us slowly shut off, one section at a time. The auxiliary lights began to glow as the maitre’d picked up a microphone by the front desk and said something like this: “We only have three minutes. Please move quietly and calmly to the center of the room. They’ve only given us three minutes.” I felt a panic, and a handful of us did as we were told, moving to the center of the room while the others sat where they were, as if frozen into place. I crouched down first behind a chair, then tried to move under a round table while maneuvering the chair to my side as a barricade. I’d thought my mother was following me—was right beside me, even—but she chose to move under a table closer to the window. She wouldn’t talk to me, wouldn’t look at me. I could identify her blond hair, but my eyes couldn’t seem to get her face into focus. Mom moved under that table, crouching down like a child. She was out of arm’s reach, and I begged her—silently, in my head, I think—to join me, to stay further from danger, with me. I wanted her under my table, the table I thought was safest, the place where I could protect her.

A tornado was coming. A big one. Somehow I knew that much. I could see the dark gather of clouds outside the windows, just to the right. But Mom wanted to stay where she was. She was alone there, but wanted to be able to get a better view of the storm about to barrel into us. I woke up from the dream before the storm hit, but even now, weeks later, I can’t shake the terror of knowing I couldn’t save my mom, and I couldn’t shake the grief in knowing she wouldn’t let me touch her.

We are seven months post-diagnosis of my mom’s glioblastoma. So much has happened since I’ve last written here, but suffice it to say it’s been a downhill fall on a roller coaster that’s speeding faster than we want. We were able to celebrate Easter with her yesterday: it took a hired caregiver and multiple family members and a walker and a wheelchair, but she was able to make it to Mass and back to our home for the first time since Christmas. It felt wonderful to have her here–this day of resurrection and hope–and to have it feel as much like old times as we could get, until the end of the afternoon came and we could barely get her into a wheelchair to get back to her car. If you ask me how I’m doing, how my mom is doing, I don’t know how to answer you. I am so down these days, because there’s no way out of this but through it. Because everything has changed. Because she’s disappearing before our eyes.

Because this was the last Easter.

A 72-year-old with a grade IV glioblastoma has, with treatment and hope, a life expectancy of 11-12 months after diagnosis. Mom is in treatment: one chemo, administered by IV every two weeks, is a palliative used to assuage the swelling in her brain, and another, taken by pill five days a month, is trying to manage the cancer that’s spreading from her occipital lobe. She is still in treatment. But she barely eats. She doesn’t drink. She sits on the same chair each day with the wide world outside her front window and the caregiver nearby and says that her dream is to simply get into her car and drive to a store. I try to make conversation, frantically, to fill up space, to recapture what it’s supposed to be like, but phone calls are short–four minutes, usually. Visits are growing briefer. She’s tired. She has trouble concentrating. She can’t remember what bills are due when, so I go through her mail with her and make lists and pray I’m doing right by her. I sort her meds and call for refills and make sure her visiting caregivers know to call me when she’s taken them each day because she was forgetting to take them even when they were in her hand and we need to know she’s okay. She hates that I do this. She hates that she has to be watched around the clock. But she wants to be in her home. I miss her so much, even though she’s still right here.

You know, she’d always wanted to see Alaska. It was the one place on earth, besides maybe Las Vegas or Montana, she wanted to visit. When she was first diagnosed, I started looking into flights and cruises, ascertaining cost and timing. Could we do something with the kids, with Paul and Sarah? Could we make it work before it got too bad? But there it went from diagnosis to bad in one fell swoop. There have been so many battles, so many ways this roller coaster has twisted on its way down. My children hover around her, because they know. They tell me later what they miss the most: the pick-ups from school. The playtime, because “Grammy always picked the cars that flew.” Quinlan told me that she even misses the times when Mom used to be strict with her, because “at least she talked to me then.” This cancer’s tentacles reach into every person who loves her.

Outside Mom’s living room window the trees of her front yard are blooming, white and bright green and pink. She couldn’t wait for the robins to arrive, and there they are, in droves, bouncing around, just in view. I can point them out all I want, but they might as well not be there. Easter is the endgame, but my mom went straight from real life to Good Friday, and the dark clouds have been gathering since. It’s really hard to see the sunshine from my hiding spot under this table.

As for my mom? I don’t know what she’s thinking–she’s just out of my reach, watching the winds pick up in front of her. The storm, I’m afraid, is upon us.