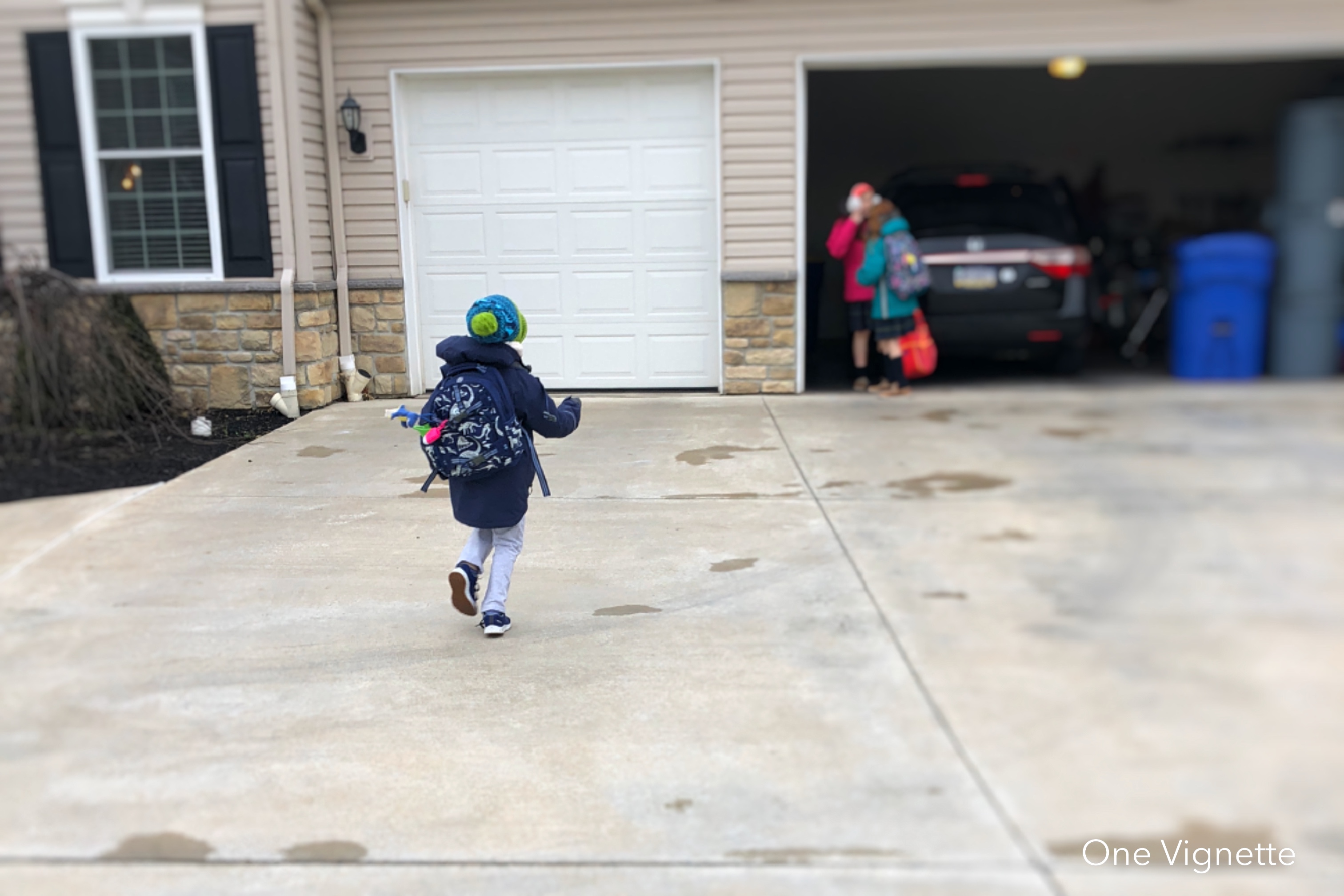 Cian has a bit of a speech impediment–if you’ve just met him, you might have some trouble understanding his “th” sounds, say–but that doesn’t stop the child from talking, usually constantly, usually about thirty different topics in the span of as many seconds. Last Saturday, I drove him and his sister Saoirse to a gym about an hour away from our house for her basketball game. The boy talked the entire time.

I say this without exaggeration. Cian spoke, without stopping, the entire 54 minutes it took us to get from our house to the gym. He talked as he got out of the car and took my hand, and he kept talking as he followed us into the building. It had gotten to the point where I just turned the radio up and muttered, “Uh-huh. Uh-huh” at regular intervals on the drive because I’m pretty sure he didn’t really need me to listen in the first place. Saoirse said, “Mom. You’re not even listening to him,” and when I made eye contact with her in the rear view mirror I think she noticed that Cian was still talking–and hadn’t stopped when she spoke up–so she just shrugged her shoulders and went back to reading her book. Cian continued without so much as pause.

Here’s the other thing: the topics of his conversations seem to make no actual sense when he puts them together, even if in his head they’re all puzzle pieces sliding together. The other day, I was helping him make his bed. He came up to me, wrapped his arms around my legs, gave my hip a kiss, and said, “You’re just the best mom in the world, Mom.” And right at the moment when I flushed and tried to take a mental snapshot of the moment to remember for about ever, he pulled away from me, picked up a dinosaur, and said, “Just the best mom. Is the earth going to blow up one day?”

Cian turned six at the end of 2018. We took him to New York for the day to visit the dinosaurs at the American Museum of Natural History. We went to a movie, and gave him Legos, and I made him vanilla cupcakes with blue frosting and little dinosaur candles on top. In some ways, he is very, very much a young child. His new alarm clock is covered with Paw Patrol logos. He still has a drawer stocked with nighttime pull-ups. He still gets in trouble for not following directions at school (usually because he’s talking), and argues when we tell him to clean up those Legos, and needs supervision to make sure he brushes more than three teeth at a time.

But the child also unabashedly hugs us. At bedtime, he covers up his favorite T-Rex stuffed animal with a blanket so it doesn’t get cold. He makes sure to say “Good night! I love you! Have sweet dreams!” to me and David (sometimes repeatedly), as we head out of his room each night. He walks out of school at the end of a day with an arm around his friend Mac’s shoulders, then makes sure to say hi to the other friends he sees in the meantime. He spends our car rides asking me about tornado patterns and rocket ship propulsion and analyzes the Bible story of “Let he who is without sin cast the first stone” because his teacher talked about it in school and he has some questions.

I hope this child–this tall noodle boy with puppy feet and perpetually messy hair–will continue to have questions. I hope he keeps talking, and keeps prying, and keeps trying to figure out life (maybe not during quiet time at kindergarten so much, but you know what I mean), because what he’s decoding is a miracle to witness. Tornado patterns. Rocket ships. Right vs wrong and why, exactly, “those humans” think they get to be the ones throwing stones.

He will talk my ear off for actual hours at a time. And he will teach me to pay more attention to what he has to say–and what he asks to know.

Next time, I will keep the radio down.