The Fun of an Impromptu Family Road Trip: More Than You Can Shake a Stick At 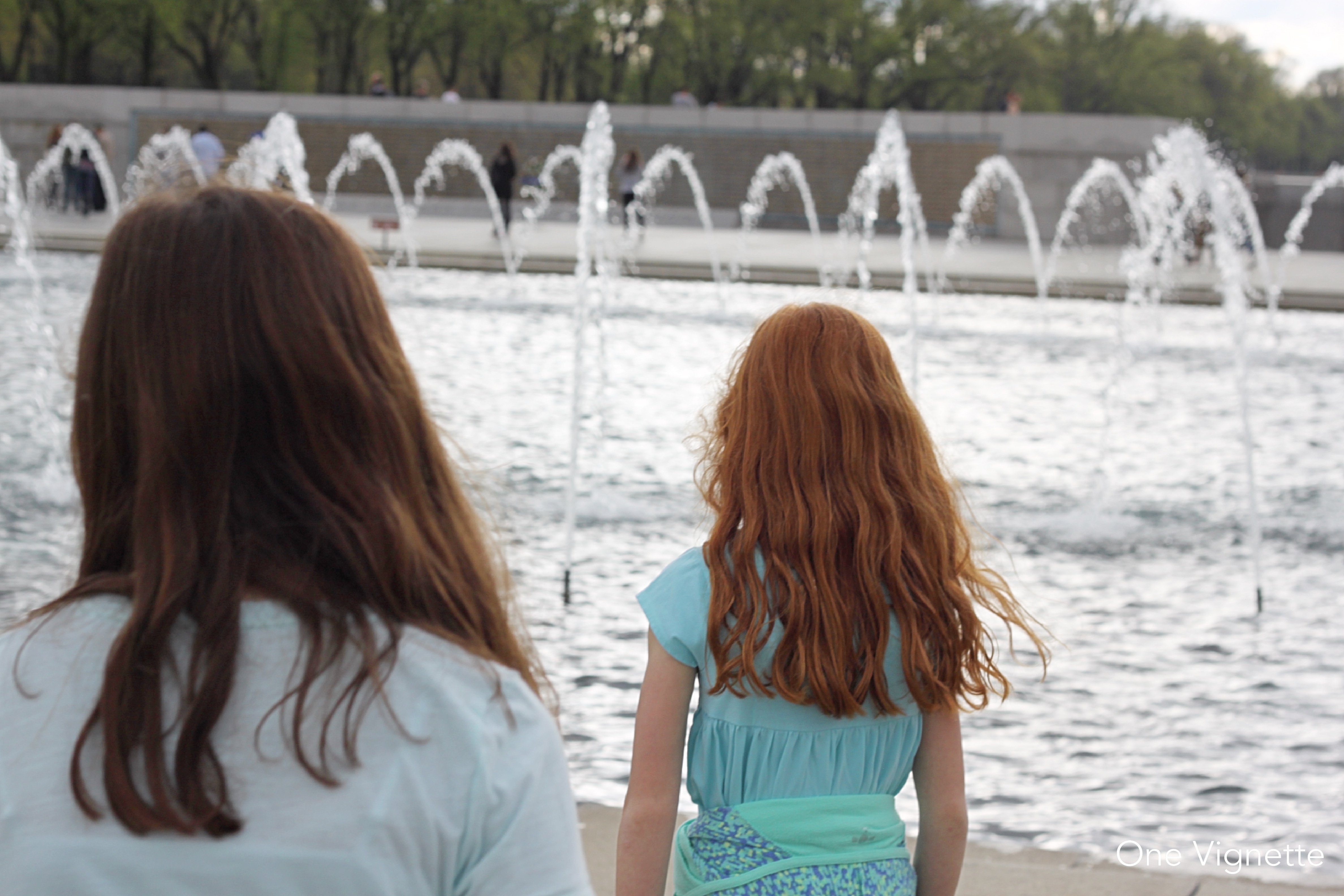 The kids were off school this past Friday for their spring break, and David took off work so that we could do something as a family. I don’t know what it’s like in your world, but in ours there are times where all the red flags start flying and we realize that we need a “reset” day: just some time together to do something a bit different, something that means we get to hang out together, experiencing something new–and something that, hopefully, will require lots and lots of walking so as to tire the kids out so they sleep in the next day.

So, this past Friday we decided on a road trip to Washington, D.C., with the idea of seeing some dinosaur bones. We drove a couple hours into Maryland from our house in Pennsylvania, then surprised our suburban children with their first Metro ride (those initial moments of the train ride were the most exciting 30 seconds of their day…until they realized that they were going to look at nothing but dark tunnel walls for the next 25 minutes). We got a late start, not arriving to the city until about 1:30 p.m.(which is like midnight on Kid Activity Time) and then proceeded to just walk nonstop for the next four hours.

It’s all we did. We walked.

The National Museum of Natural History, where we saw all the dinosaurs. I mean: all. the. dinosaurs.

The sidewalks all around the museum, as well as the sidewalks around every other museum the Smithsonian offers.

The sidewalks all around the National Mall.

The sidewalks all around the monument.

You get the idea.

And then, for dinner, we took a short (well, mile-long) hike past the White House and into town to a brewery for dinner (Quinlan asked why we always go to breweries. I told her it’s because they’re usually very friendly to children. I didn’t tell her that a cold beer usually makes me friendlier to my children.).

It was a perfect, lovely little day–one in which our children proved again that they are incredible travelers. They managed to hold their bladders for the extra hour and thirty miles it took us to find a bathroom after they first mentioned they really had to go. They didn’t complain about not getting lunch until 2:30 in the afternoon. They skipped down the sidewalks, as many of them as we walked. Cian only asked to be carried the last part of the mile to dinner. That’s it. He’s five. They didn’t whine about being tired, or cold, or the fact that we didn’t get them home until 10:30, though they told us to pipe down a couple of times. They were so. much. fun.

If it sounds like I’m bragging, I can’t help it. It surprises me every time.

I tucked Quinlan into bed that night, anxious to get to bed myself. I was worn out, a little nervous that we had to be at the soccer fields at 8:40 the next morning, and already going through the to-do list of house chores and yard work on our schedules for the weekend. Quinlan looked up at me through her tired eyes, then broke into a sleepy grin. She has this little dimple on the right side of her mouth, and it widened as she looked up at me.

I agreed, my own eyes heavy, eager to end the day. But then she started talking again, and the energy in her voice was like an electric shock to my cranky-pants senses. It took my brain a second to catch up to her words.

I sat down beside her on the bed, trying to get my heart rate to slow back down. I’d kind of assumed that the day had met our fun quota for the weekend. I mean…fun is tiring. And we had stuff to do (there’s always stuff to do).

She didn’t seem too satisfied with that response, but nodded and rolled over to hug her favorite stuffed horse, and closed her eyes.

We ended up going to a local touch-a-truck event with the kids after the girls’ soccer games Saturday. They climbed into dump trucks and up an inflatable slide, and we filled their bellies with chocolate milkshakes and food truck pizza. They came home to play with the neighborhood kids, and later we ordered in food, and watched Paddington 2 with Oreos.

You know what? The chores got finished this weekend. David and I were exhausted come Sunday night. Meanwhile, our children had played themselves silly.

Not one of them slept in any morning.

Not one of them seemed to slow down a bit.

And at night, every night, they reached up their arms to our necks, gave us each a hug…

…and asked us what kind of fun we were going to have tomorrow.