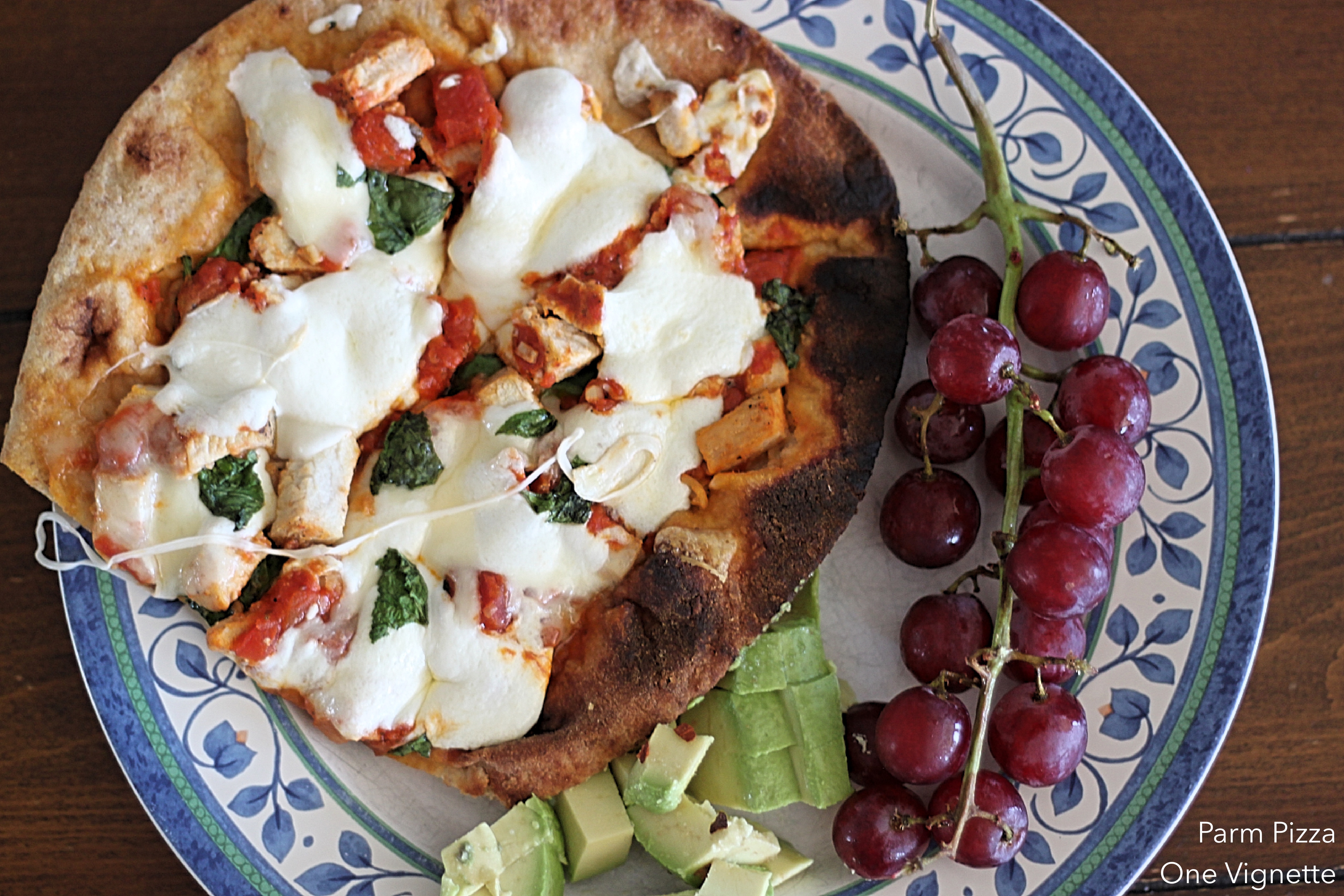 I really have to put more forethought into the food posts I put here for you. I know this. You don’t deserve a terrible shot of my dinner pizza with the weird tendril of cheese goo on the top of it taken under the golly-awful light of a bunch of LED kitchen bulbs. I know. You just don’t deserve it.

And yet, here you go.

I am trying *desperately* to simplify our dinners around here, because even though I say I love cooking–and I do–there are so many nights where we end up getting take out/stopping by a local restaurant (there’s both a brewery and a Mexican restaurant a mile a way from our house. It’s too convenient, you guys. Too convenient) for dinner simply because we’re overwhelmed/stressed/busy/lazy.

I know you know the drill. And I also know that you, too, weep a little bit when you look at your bank statement and realize you could’ve paid for a trip to Cabo with all the money you’ve dropped at El Rodeo last month.

Or if not paying for Cabo, then maybe at least a gym membership. Because: enchiladas.

So, in upcoming weeks–if I can get my druthers together enough to remember to take a photo of dinner–I’ll post some freezer meals I’ve been doing lately that gets us through at least a couple of those don’t-want-to-cook-life-is-hard nights. The prep is a pain in the hiney, but being able to look in the freezer and say, “Hey, let’s do pot pie for dinner!” is so worth all the chopped onions that make me cry and mess up my glasses.

In the meantime, I give you chicken parm pizza, which was an insanely huge hit among the 41-and-under crowd. I can’t believe how well this went over. And the best part? It was made with leftovers.

Okay, here’s the first step: One night I made an easy cheater chicken parmesan for dinner: I took some skinless chicken breasts, pounded them thin (it’s gross. For any other lifelong vegetarians who are currently sidestepping the wagon, gird yourselves). Anyway: I pounded them thin, then brushed them with a little extra-virgin olive oil, sprinkled both sides with salt and pepper, and threw them under the broiler to cook (about 10 minutes per side, until they’re nice and browned and have an internal temperature of 165°). After that, I topped each with a little store-bought no-additive pasta sauce, sprinkled on some wheat panko crumbs, then topped those with freshly grated mozzarella and some shredded basil. I put the whole kit-and-caboodle back under the broiler for a minute or two until the mozzarella started to brown.

The kids loved that meal, too. I AM WINNING. We chopped up the leftover chicken, then stored it in the fridge.

So here’s where the parm pizza came into play. David had picked up some whole wheat naan at Wegman’s, which gave me the idea. Oh! And do you remember when I told you how I’d fallen in love with grocery delivery? Well, I figured out pretty quickly that on top of the annual service fee and delivery tip (I’m okay with that part), the store was up-charging the food purchases so that I ended up paying forty dollars extra per grocery trip. With fee, and tip? That’s about eighty dollars extra per grocery trip. So now, David is my grocery delivery person, like in the Olden Days of Yore.

It’s okay. He’s cuter and I don’t have put on a bra to greet him at the door.

All I did for the pizzas was take the naan, top it with leftover pasta sauce, add a thin layer of baby spinach, then top that with the chopped chicken, grated mozzarella, some shaved parmesan, and a little more basil (using up all the leftovers, baby). I put it under the broiler until the cheese was all bubbly and browned, and then 5 minutes later it’d disappeared from my table and down the gobs of my children.

EXCUSE ME WHILE I RUN MY VICTORY LAP AROUND THE KITCHEN.

If you’re a vegetarian, I might try this with a little tempeh instead of the chicken–then report back to me to say how you like it because I miss you, vegetarians. But if you’re not, here you go…

Serves 1, but just double/quadruple/etc. as necessary

Spread the sauce over your slice of naan, then add a thin layer of baby spinach. Top with chopped chicken, then mozzarella, then parmesan. Sprinkle basil over everything. Broil for 3-5 minutes or until the cheese is browned and bubbling. (You’ll have just enough time to throw a quick salad together.) Let rest at room temperature for about 5 minutes, then slice and enjoy the sight of your children devouring a meal that took you all of 10 minutes to make.

Note: Measurements are an estimate. Always use toppings, including sauce, sparingly when making a pizza like this. Anything more will make your pizza soggy and gross and then you’ll wonder what’s wrong with me that I thought this delicious. (It is. Will you just trust me, already?)

This isn’t really a recipe, you guys. And I know any good nutritionist…