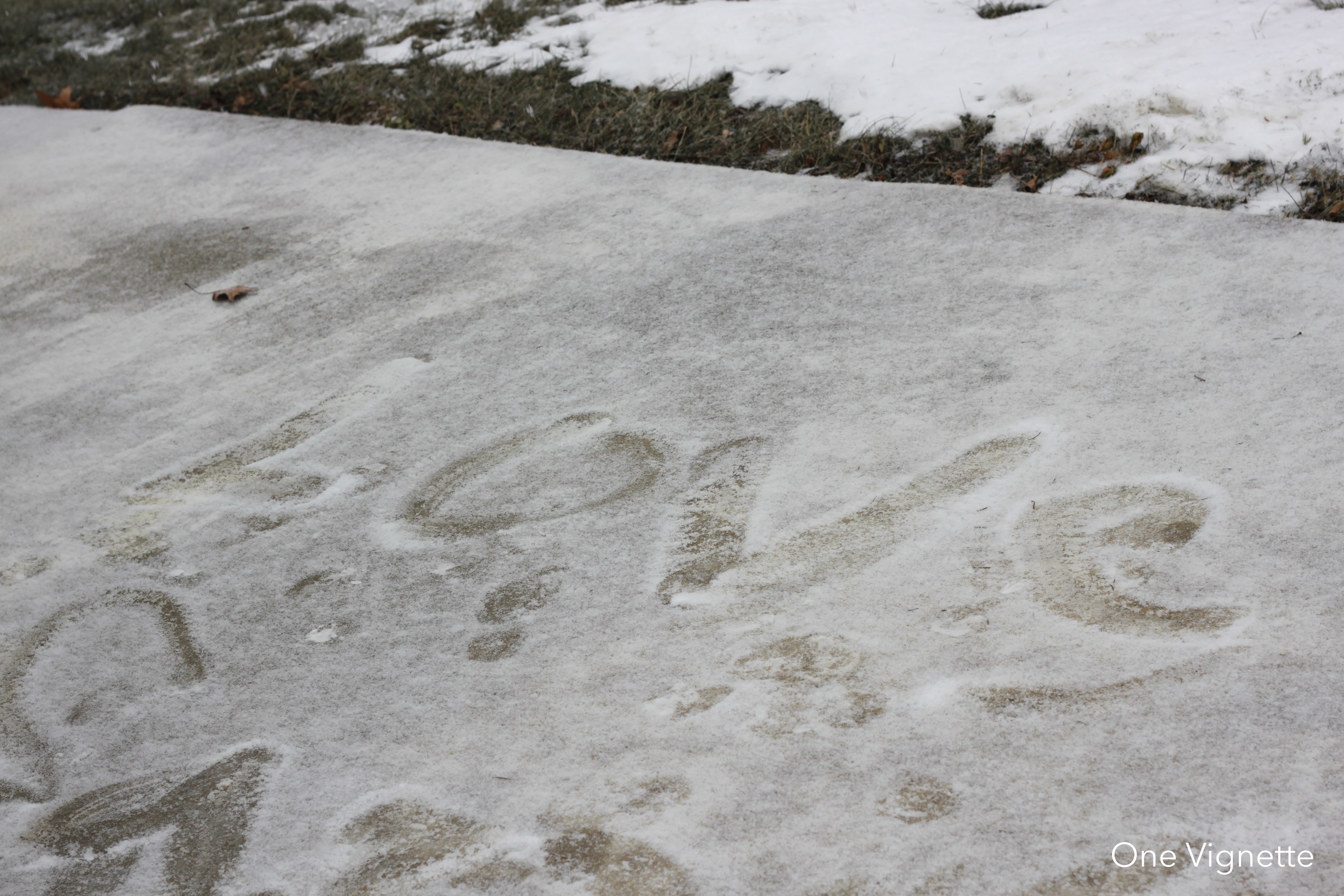 A former student of mine died a couple of weeks ago. He was 27, and the news was sudden and absolutely staggering. His loss is one that’s going to reverberate through the community for a very long time: a big light went out when this young man left the Earth. There’s no ignoring a darkness like that.

As always in times like this, the tributes began to pour onto his social media pages. I can’t tell you how many of the messages started with “I know it’s been a while since we talked” and ended with some form of “I wish I could just laugh with you one more time.”

Reaching out. It’s something that so many of us have good intentions of doing, honest, if it weren’t for just being so busy. I remember, about a year ago, thinking that I hadn’t heard from this old student as often as I used to, but I never got in touch with him to say hi. There’s another former student, one who moved back to my area and asked me to get together, and I’ve procrastinated on scheduling something–for two years now. It’s not on purpose: I adore this person. It’s just…busy. And it gets worse: I never got around to inviting our former neighbor, a beloved widower in his 80s, to lunch, though I cheerfully mention it the few times I run into him at the local grocery store. It’s been four years since we moved out of his neighborhood. Before I addressed his Christmas card this year, I had to check the obituaries to see if he was still alive because I just didn’t know.

Do you cringe when you read those words? Can you identify?

Reaching out. I’m awful at it. I see others who are better, and others who, like me, let the days flow past them while we’re all just trying to tread water. But I’ve said it before, and I mean it, even though I don’t actually, you know, live it: getting wrapped up in our own lives isn’t the point of it all. The point is to reach out, outside of ourselves, to the others. Introvert fear notwithstanding, community is the best path to happiness.

But most of us are just so tired from all that treading water. I know I am. “You have three kids!” people say. But we all have kids, or jobs, or hobbies, or busy schedules to maneuver. Busy is such a lazy word. I suggested to David at the beginning of 2018 that maybe it’s time for us to stop acting like ping pong balls, just letting ourselves bounce in whatever direction the paddle hits us.”Reaching out” is right there, right down in the mess–but on top of that? Well, on top of that is the busy. It’s time to stop the busy to be able to sort down to the good stuff, and that stopping needs to start on a small scale.

In that vein, this year I’ve purposefully put the brakes on. I’m trying to take the time to meal plan and cook instead of swinging through the Chik-Fil-A drive through (or Little Mario’s Pizza or Panera, or that pho place up the road) in a desperate grab to get food in my kids’ bellies after a long day. What helped was tweaking the ol’ budget to allow for grocery delivery, which has saved what little sanity I can claim to own. I’m back to ironing my clothes again (Smashing the patriarchy, one nicely pressed shirt at a time!), because even though I hate the time it takes, everyone who says they’re too busy to iron has never looked at a picture of themselves at a formal event looking like they’ve just tumbled down a mountainside. I can’t be too busy for that (though, to be totally honest, right now “ironing” looks more like a pile of clean clothes waiting in a basket). I’m working on slowing down my mornings (this has been the hardest one), getting up a bit earlier so that I’m not rushing headlong into my day and stressing everybody else out in the process (again, in full disclosure: I hit snooze more often than I get up. Like, every day, often. *swallows*). But baby steps, friends. The small scale.

It goes further. With that slowing down, I’m taking the time to say no–which then opens the door to yes (which leads to the reaching out. Don’t you love a good roundabout story?). Saoirse’s soccer coaches wanted her to play on their indoor skills league this winter: we said no, because she and her sister are already playing basketball and our weekends are packed. We’d gone through the fall juggling sports and clubs and band and who knows what else, and I was starting to wonder why we were packing so much in. David is saying no to unnecessary travel days at work when he has the freedom to do so. I’ve backed away from school volunteering this year, just to see what it felt like, how much of a difference it made to make my writing work the priority. We needed to say no, because here’s what I’ve been thinking:

You don’t get to be sad because you’re overwhelmed if you sabotage yourself at every turn.

You don’t get to complain that you’re too busy if you don’t own the power you have over your own schedule.

You don’t get to kick yourself for not staying in touch with a dead person when you had a billion chances to do it when he was alive.

(Please note: that last part? Not a judgment. It’s just what we do: our busy-ness inevitably translates to silence.)

Just, no. No to the crazy. No to having no power. No to staying in my shell, as comfortable as this little crazy world in my head can be. My aunt said something to me a couple of weeks ago–we’d just thrown a new year’s party, and I had mentioned that a friend was stopping by to visit–about how she could never be as relaxed as I am about having people over (meaning the worrying: is the house clean? Do I have enough food? Are my kids doing trapeze moves from the light fixtures again?). The truth is, I do get anxious sometimes before people come over–it’s my nature to drop into a dead panic when faced with social interaction–but should that stop me? I love my house filled with people. I feel like a home isn’t really alive unless it’s bursting once in a while, really. So now I’m not trying to give into my weirdo introvert hermit ways.

I’m starting to say no to letting the worry take over. So many yeses have already come from this.

Reaching out. There are still things I need to do this year: have lunch with that old neighbor. See that cherished student. I don’t want to hide behind busy anymore. I wasn’t very close to that soul we just lost, but what about the others? I don’t want to see that someone has left the world without knowing I’d done my best to make him or her a part of my world. This might be a really naive, lofty ideal, but I see other people who live it: who calmly go about their days, who plan ahead, who make the most of their time and are simply the best at maintaining friendships because they see above the frantic paths the rest of us are scurrying along. They stay there, and say no to getting mired down in our muck. And they are the ones people like us usually look up to.

It’s hard. I’m busy. But there’s a family to attend to, and a community waiting.

You Know the Cliche